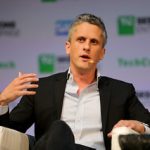 Speed to market, first-mover advantage, rapid deployment and quantum moves forward are generally considered to be positive attributes in the tech world. Yet is it also possible that enterprise tech, which has suddenly become a pretty hot sector, currently is enjoying too much of a good thing?

Speed appeared to be very much on the minds of a number of technology leaders who appeared at TechCrunch Sessions: Enterprise in San Francisco on Thursday. While most seemed quite willing to accept speed as a reality in today’s world, there was also a whiff of unease within the comments of some leaders that they might have boarded a train incapable of being slowed.

“Today, 80% of our revenues come from businesses we weren’t in five years ago,” Bill McDermott (pictured), chief executive officer of SAP SE, said during an appearance on Thursday. “Remember folks, the world will never move this slow again.”

One of those businesses that SAP dived into was the survey and feedback software field, the outcome of its Qualtrics International Inc. acquisition in November. SAP paid $8 billion or more than 20 times revenue for the firm at the time, leading some to speculate that the company might have moved too fast at an excessive price.

McDermott defended the deal on Thursday, citing a strategy to combine what he termed “x” or experience data with “o” or operational data to deliver what customers demand.

“We have quintupled the number of customers we are serving and that’s the metric that I enjoy the most,” McDermott said.

READ ALSO  Best Places to Visit in the UK

Another firm that has achieved significant growth lately is VMware Inc., fueled by a combination of numerous acquisitions and its stake in the multicloud ecosystem. VMware has emerged as a force in the enterprise world today, yet there was a time when it was a much smaller upstart, taking on entrenched technology powerhouses by leveraging the concept of virtual machines.

Sanjay Poonen, VMware’s chief operating officer of customer operations, noted that his company’s challenge now as an incumbent itself would be to combine scale with speed.

“The company that should have obliterated us was Microsoft,” Poonen said. “The incumbent will have scale, but it won’t have speed. The danger that we have is we’ll go too fast, but when you get scale and speed together, that’s the magic.”

Even scale and speed together may not always save an enterprise company from missteps. Since its public debut in 2015, the cloud-based file hosting company Box Inc. has enjoyed positive revenue and customer growth to become a major player in the content management space.

However, its earnings have slowed, an activist hedge fund has moved in, and a push to issue robust new features for its platform triggered a discovery in March that Box accounts were leaking sensitive data.

Box worked with security researchers who discovered the issue to fix the problem and the company launched Box Shield last month in an effort to reduce the risk behind its broad file-sharing model.

“This was a super-important moment for our company,” said Aaron Levie, chief executive officer of Box. “It was a little bit too powerful of a feature. We responded very quickly, it was a really great reminder that you always have to balance security with the user experience.”

CEOs warm up to AI

One field which has advanced rapidly in recent years to become a popular, and possibly overhyped, component of enterprise computing is artificial intelligence. The market intelligence platform CB Insights operated a search engine to mine key words from corporate earnings calls and recently found that quarterly mentions of AI remained above 300 for the second year in a row. 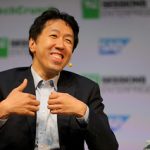 The data from CB Insights confirms what major leaders in the AI field have been seeing for some time: The pace of enterprise interest in AI is picking up.

Andrew Ng, who previously led AI initiatives for Baidu Inc. and Google LLC and founded a new business called Landing AI, said Thursday he thinks the pressure is on every large enterprise to decide soon how this emerging technology will be used.

“I’m starting to see more CEOs get smart about this,” Ng said. “If you are at a billion dollars and up, you’d better figure this out.”

The appearance of top Apple Inc. executives at enterprise tech conferences is not a common occurrence. In fact, the consumer products powerhouse has been noticeably reluctant to divulge any specific details about its enterprise business even on earnings calls. 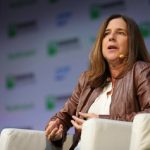 Nevertheless, there was Susan Prescott, Apple’s vice president of markets, apps and services, on the conference stage. Prescott took the opportunity to acknowledge an accelerating trend in enterprise computing: the increasing use of employee-owned devices to do their work.

“What we’re seeing is businesses are giving employees the option for what they want to use,” Prescott said. “We want to do it without friction for the IT folks, but without compromising the user experience.”

Prescott did divulge that there were now 80,000 firms using Apple Business Manager, a web-based portal for information technology department managers to deploy iOS devices. Perhaps more importantly, Prescott dropped a hint that Apple could soon play a role in another trend gathering speed in the enterprise: edge computing.

“It’s potentially a great scenario for people using Apple devices,” said Prescott, who mentioned the company’s “A” Series processors as potentially having an impact. “We have a dedicated part of the chip purpose-built for machine learning.”

VMware’s Poonen described a quote he attributed to technology pioneer Bill Joy, paraphrased thus: “If you see a parade, grab a baton and go right to the front.” It’s a parade every day for VMware and countless other enterprise tech companies, but if they want to lead the march, today’s enterprise firms had better be prepared to move faster than they ever have.