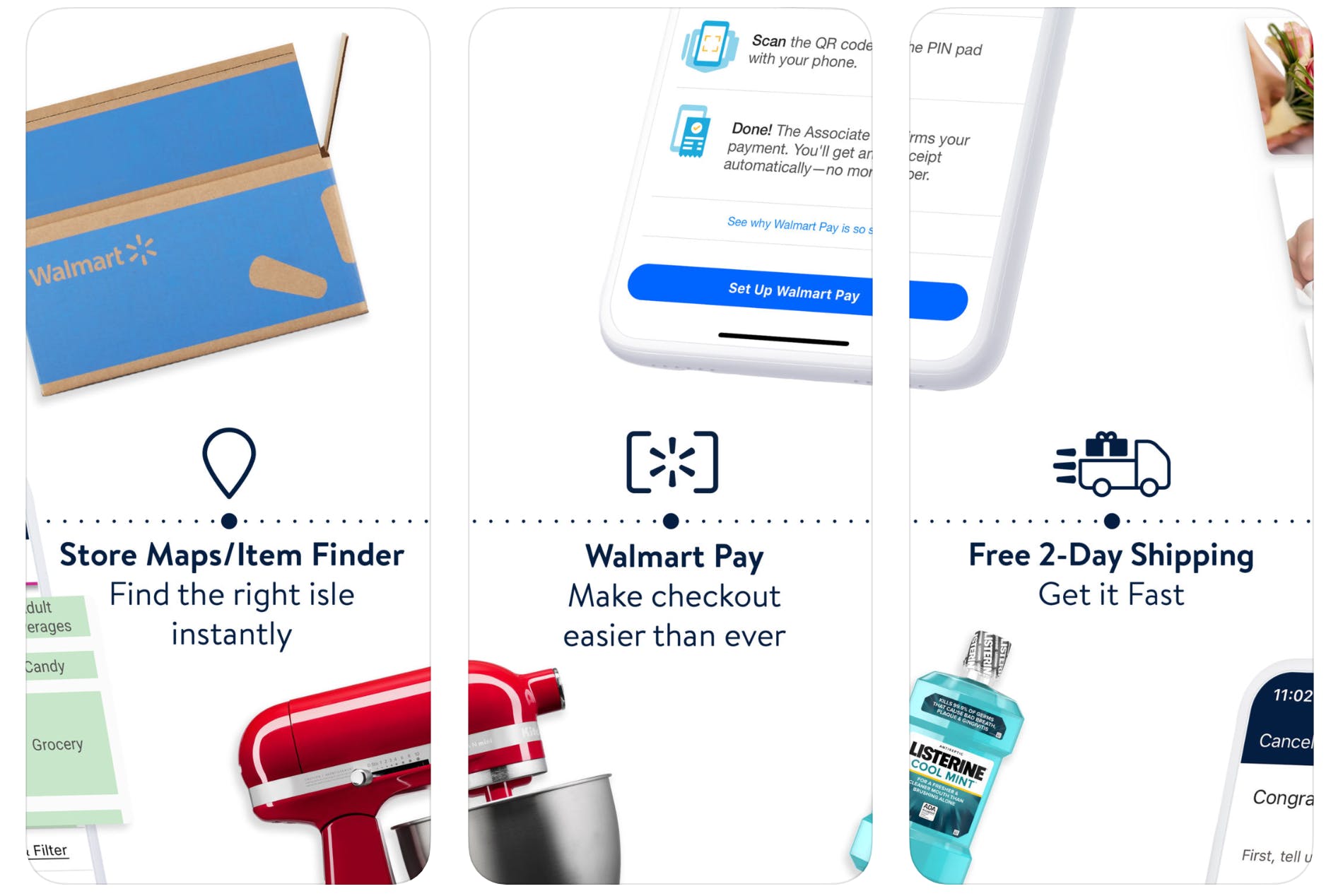 Amongst the Econsultancy blog team, we certainly have our favourite companies as far as digital ambition and execution are concerned.

There’s a lot to choose from, but here are 18 we think are digital trailblazers. A lot of them are big retail companies and many are born digital but not all of them.

And if you’re looking to learn more, browse our Best Practice Guides or our training courses.

Despite being a staple of the British high street, food chain Greggs isn’t necessarily the first brand that springs to mind when it comes to digital strategy.

However, its tongue-in-cheek attitude has produced some amazing social PR.

The brand’s clever vegan sausage roll launch and humorous reaction to the outrage (in some quarters) helped Gregg’s to boost sales by almost 10%.

Volkswagen is in the midst of intense digital transformation plans, having invested €3.5 billion into a digitalisation initiative to be completed by 2025. Indeed, from 2020 onwards, it aims to connect five million new Volkswagen brand vehicles per year to the Internet of Things.

It also hopes that a new set of mobility solutions will become integral to consumers, such as a service that enables car owners to have packages delivered to their car, and a parking app that offers real-time personalised recommendations based on location.

Boohoo continues to be at the forefront of fast fashion. It recently reported a 44% overall growth in Q4 2018, despite sales in the retail sector in the UK being at their lowest for a decade.

There are many reasons why Boohoo continues to draw in shoppers, including its shoppable social channels, clever targeting, and test and repeat strategy.

You can read more about this and more of its digital features and strategies here.

Energy brand Bulb uses a digital-first strategy to tempt customers away from the likes of British Gas and EON. It seems to be doing well, too, having attracted more than 700,000 customers.

Alongside the promise of 100% sustainability, Bulb uses a combination of social media and referral marketing to draw in customers, as well as a laser-focus on UX. Its mobile app is designed to be intuitive and easy-to-use, and is continuously updated in a bid to improve it. See the app release notes for an example of the brand’s quirky and human tone of voice, too.

@bulbenergy I just love your release notes writer. Clearly someone with a sense of humour. Just brightened up a Monday morning ???? pic.twitter.com/cwzo0Cyhf9

Elsewhere, Bulb also aims to make the experience of receiving bills a positive one, creating straightforward but super-friendly emails (including the brand’s signature animation) to create a pleasing UX across all channels.

You can read more about Bulb’s great UX here.

The fact that four-fifths of Domino’s sales come from digital channels is no surprise. The fast food chain has strived to make its user experience as fun and frictionless as possible, allowing customers to order from whatever channel they choose.

Dom the Pizza bot, for example, allows customers to order on Facebook Messenger, while its Amazon Echo skill means they can do so with voice.

This investment in digital tech, combined with its endless creative marketing and social campaigns has contributed to Domino’s digital domination over the likes of Pizza Hut and Papa John.

Graham Charlton holds up AO.com as a shining example of ecommerce best practice in his still-relevant review.

While white goods aren’t exactly the sexiest of products, AO.com cleverly makes use of social media to draw-in and engage customers online. Its video strategy is key to this, providing customers with valuable information in order to make informed product decisions.

Nike’s revenue grew to $9.37 billion in 2018, rising 12.8% year-on-year. Its digital strategy has undoubtedly been a contributing factor to this increase in profits, with its impressive brand campaigns ramping up consumer awareness across social media.

Nike is adept at targeting its customers in the social channels they use the most, one example being the recent unveiling of a shoe collection on the streaming platform, Twitch.

The future of the game is here.

What makes Nike truly impressive is its global presence, with the brand executing successful digital campaigns across markets.

From the world’s first LED running track in Manila (allowing you to ‘race yourself’) to the new flagship Nike store in New York – Nike uses digital technology to enhance experiential marketing and retail. Its ecommerce website is great, too.

Airbnb has been a huge disruptor within the travel and hospitality industry, capitalising on the desire for flexible and community-based travel experiences.

UX has played a big part in Airbnb’s success, with its simple and intuitive website and mobile app offering users a smooth booking experience. Content has also been key, with Airbnb’s neighbourhood guides providing travellers with useful, relevant, and engaging information.

Other digital marketing creative has also helped the brand to stay front-of-mind. Check out Ben Davis’ listicle on the topic for more.

Argos has to be included for a number of reasons.

Not only does its ecommerce site work very well indeed, but its click and collect service has been a bit of a pioneer in the industry. In more recent times, the introduction of its ‘Fast Track’ service has improved on its slick distribution, allowing customers to get their hands on products the very same day as they order.

Well done @Argos_Online ! Ordered items online got delivery date have been constantly updated on order, it arrived within delivery time and called by drivers 1/2 hour before delivery. Other companies have a lot to learn !

On top of this, digital technology has revolutionised Argos’ physical stores, with digital displays and tablets modernising the customer experience.

The retailer has also explored digital technologies such as augmented reality in its catalogues, whilst ensuring that important functionality, such as a slick mobile app, is prioritised.

OK, another pureplay, but we’re often delighted by little features and content that Asos produces, not just the bigger picture of a well-oiled persuasive website.

Highlights include content, such as its student-focused competitions and other diverse and inclusive campaigns.

On-site features such as a fit visualiser and creative product video are the types of functionality that still separate the men from the boys when it comes to ecommerce. ASOS has also steamed ahead of the competition in recent years with its visual search functionality, chatbot, and superb mobile app.

Want personalised recommendations? Enki, the ASOS Fashionbot, can now recommend brands you might like based on your shopping habits! Here’s how ????

The Guardian springs to mind for its innovation and excellence in publishing. In 2018, it announced the news that its parent company now earns more money from its digital operations than from its print newspapers (for the first time in its history). This has been aided by increased support from readers making online contributions, which allows the publication to avoid using a paywall.

In 2018, the Guardian also released a newly designed website, part of wider plans that also include creating a new data and insight team to support editorial and commercial innovation.

Meanwhile, the Guardian continues to improve the UX of its silky app, test new features in beta (such as interactive content), as well as present unique and informed online journalism.

IKEA’s digital strategy is rooted in providing innovative and highly valuable experiences for both online and offline customers.

In 2017, it launched the IKEA Place app, an augmented reality tool that allows users to visualise how furniture will look in their own home.

Other technology-driven campaigns (such as its virtual reality experiment) and its recent sustainability-focused content series has contributed to its status as a digitally-innovative brand.

John Lewis is consistently rated highly for customer satisfaction, coming top in YouGov’s ‘brand health’ ranking of 2018. This measures the perceptions of a brand‘s quality, value, impression, satisfaction and reputation.

The company’s long line of massively anticipated Christmas TV ads have debuted on YouTube in recent years and generated enormous social buzz, contributing to much multichannel activity – despite a few falling short of previous high standards.

Following a recent rebrand to John Lewis & Partners (in part to highlight its Waitrose ownership), it saw Christmas 2018 online sales rise 11% compared to the previous year.  With other UK department stores like House of Fraser facing closures, John Lewis remains one of the strongest players – undoubtedly boosted by its digital efforts.

I love you a latte @waitrose ???? pic.twitter.com/OdXo3dgWvT

LEGO is a universally loved brand and it makes it on to the list because of its use of social media to create communities around the product.

Obviously, The LEGO Movie did nothing to harm awareness of the toy, but the breadth of ideas for competitions and community involvement on social media ensures the big LEGO fans are kept engaged.

LEGO has also launched other initiatives such as LEGO Boost – an app that teaches children to code – as well as LEGO Life to encourage social networking and brand advocacy. You can read more about its effective social strategy here.

Schuh have long been a favourite of ours at Econsultancy. By no means the biggest shoe retailer, Schuh manages all of its development out of its head office in Livingston, Scotland.

With a modestly sized team it hits a lot of ecommerce and in-store best practice nails right on the head.

The retailer has a mobile first strategy, enhanced by an excellent local search listing. It’s using in-store tech sensibly to improve operations and customer satisfaction. And the love it receives from its customers is commensurate, often playing out over social media.

An easy and obvious choice? Maybe.

Still, Starbucks’ digital strategy remains at the forefront of its growth. Key to this is its mobile loyalty app, which offers users seamless payment options and a personalised UX. In order to increase sign ups to the app, Starbucks has recently introduced new methods of capturing customer data, asking store WiFi users to enter names along with email addresses and zip codes to access it.

We’ve also praised the coffee shop for its social media strategies, such as its ‘Leaf Rakers Society’ Facebook community , and its integration of user-generated content on Instagram.

A lot of Walmart’s success can be put down it is online presence, with the brand’s strong digital footprint allowing it to keep up with the likes of Amazon. Indeed, Walmart’s ecommerce sales were up 43% during 2018’s holiday season.

As well as greater investment in new product lines, Walmart has also ramped up data analysis, turning insight from transactional, mobile, and online data into valuable and relevant experiences for customers. One example of this is its mobile app, which allows users to check prices and stock availability, as well as locate items in-store.

Zappos is an oft-used case study for great customer service and rightly so.

Recognition for staff and service for customers make this a rare company, one that still fits the age of mission statements and empowered communities.

We recently featured it in this article about the best customer-centric companies out there, proving that the brand’s human-powered service is still a differentiator in the face of increasing online competition.

There aren’t many companies that truly make my life as a mommy on the go easier. @Zappos is the exception. They keep me in good shoes and always provide top notch, hassle free service. Spotted in ATL, this is just more evidence they get it. They get me, and moms like me. #gomama pic.twitter.com/2mIgrGIia4