When you’re doing Facebook advertising, or any type of advertising, your objective is not to get a win right out of the gate. That’s typically not going to happen. Your objective is to find some semblance of traction and start bringing the numbers up over time while looking for key spots to optimize.

Time is money, and while you’re waiting for traction and good data, you’re bleeding cash. But you don’t have to. Here’s how to get the cheapest Facebook Ads without sacrificing quality.

How much you’ll have to pay for impressions and clicks on Facebook depends on a variety of factors. According to WordStream, the average cost per click (CPC) is $1.72, but that’s just the average. The finance and insurance industries pay about $3.77 per click on average, while retail, apparel, travel and hospitality are all less than $.75 per click. Those numbers also vary by country. 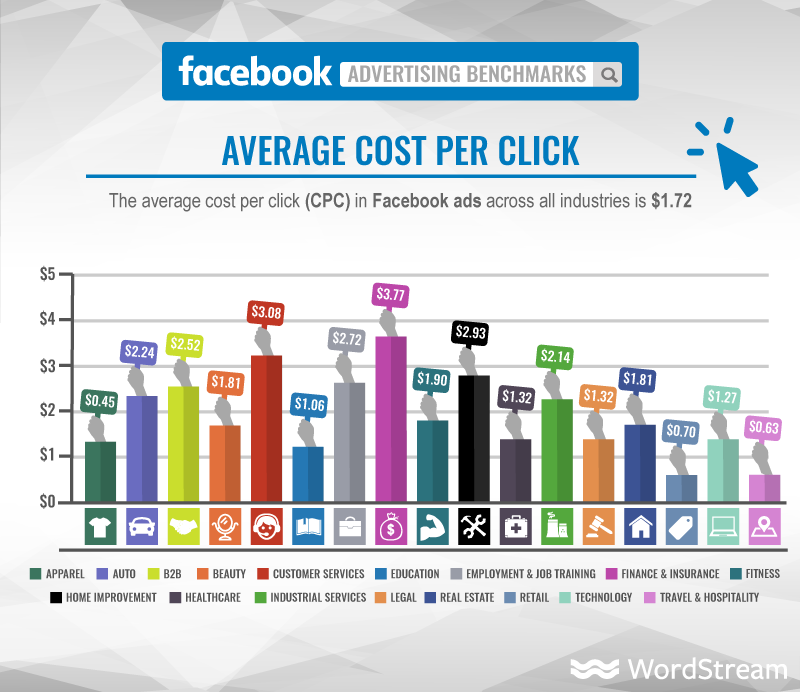 Aside from industry, there are many variables that make up the cost of a Facebook click, including your target audience, objectives and competition. Generally speaking, if you aren’t in a super-competitive industry, you’ll want to keep your CPC below $2 to get a good ROI.

Try these tips to help keep costs down while still getting qualified leads and engagements from your target audience.

The way Facebook advertising cost is calculated is by looking at how many impressions they’re serving up and how many clicks you’re generating. The more clicks you get in relation to impressions, the less you pay for each action. That’s why it’s important to ensure that your ads are performing to their maximum potential.

Go to your Facebook Ads Manager and take a look at the placements that are costing you too much money. But don’t just deactivate them – there may be simple reasons why they aren’t performing. Really dig into the stats on each ad to figure out what you can do to improve the click-through rate (CTR).

For example, if you’re targeting your ad to people between 18-65 years old (I hope you’re not!), you can see which age segments perform the best for your ads. If I’m selling enterprise software, I probably don’t want to reach out to the segments of 18-25 years or 55+. I want to reach people who are 25-55, and the performance metrics will probably reflect that. Once you update that targeting, the ad will start delivering a better CTR. 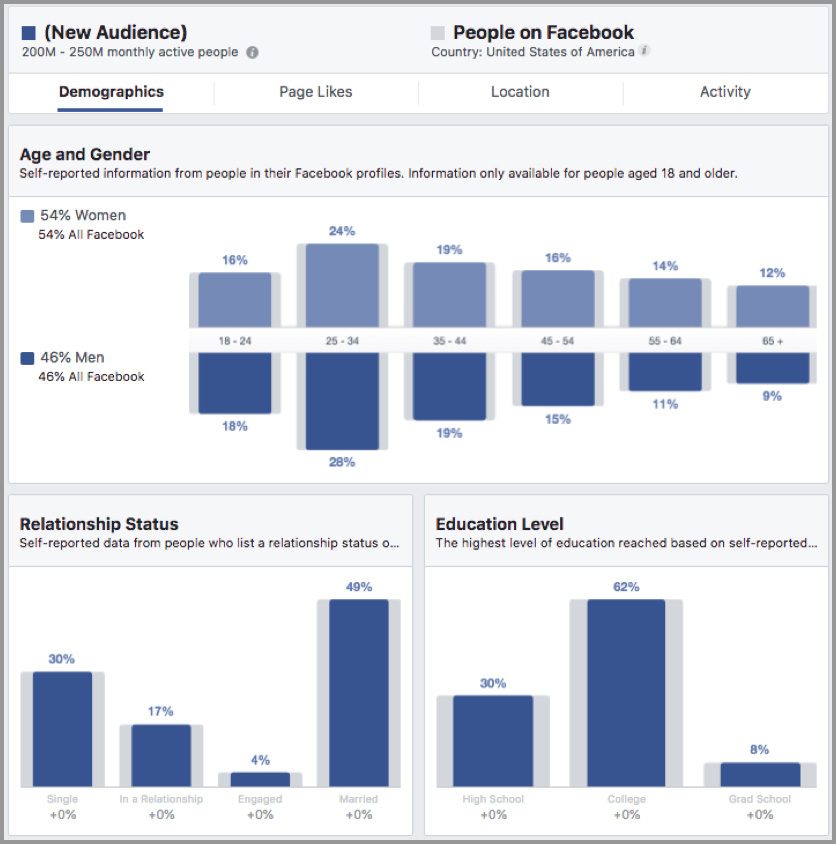 But there are some ads you should just cut. Typically, right-column ads have terrible CTRs and Instagram campaigns will hurt your numbers. If you start turning those placements off, you’ll probably notice that your Facebook overall ad costs go down, and your relevance score goes up. Ditto on any ads that don’t seem to be working on any level – bad creative, bad messaging, bad targeting (hey, we all make mistakes!).

What Is Relevance Score?

Relevance score is a 0-10 metric that Facebook uses to identify how good your ad is. The higher your relevance score, the cheaper your cost per action, which can be a click, like or other engagement.

Here’s a look at the scoring system:

When your relevance score is a 2-5, they’re going to charge you more because they’re showing your ad to a ton of people who basically aren’t interested. So if you’re not getting a lot of clicks, that means you’re just wasting money. 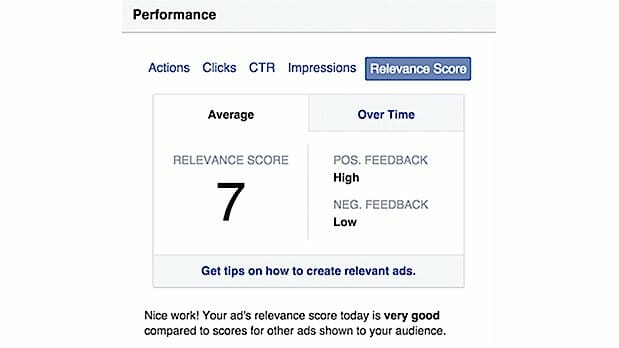 If you scroll through your Facebook feed, sometimes you’re going to see posts or advertisements that have thousands of likes and tons of people sharing it. I used to wonder: how the heck do I get there? Because, for me, I was lucky to get even 10 likes or 10 shares on an advertisement.

The key is that you want to make sure you’re promoting only one specific post. A lot of times people will make 10 different ad sets because they want to try different variations or different types of targeting. But instead of doing that, you want to run just one advertisement instead. That way, you can let that engagement build up on just one post.

If you do that, you’re going to drive your CTRs higher, because people like to click on things that a lot of other people are engaging with already. Then your CPCs are going to go down and your overall cost per acquisition (CPA) is going to go down as well. Then you’ll be making money from your campaign.

Use Your Images Wisely

Another thing you should start looking at is your images. After your ad has been running for a while, you’ll notice that the same people are seeing it over and over again. When you can keep your frequency as close as possible to one, you’ll notice that your cost for advertising is lower.

In order to do that, you need to continually upload new images. I know this is really simple, but you’ll be shocked by how many people don’t do this. Facebook shows you the frequency. So if the frequency starts getting too high, you’ll notice that you’re paying through the roof for those ads. Because if you keep seeing the same ad over and over again and you never clicked on it in the first place, why would you click on it later? Chances are you won’t. For that reason, you need to continually adjust your images.

There’s another benefit from adjusting images: it helps you to A/B test them. Over time, you’ll figure out what types of images resonate most with your audience, and then you can go all in on them.

I was running a marketing-related campaign targeted towards a Brazilian audience once, and trying to get them over to my marketing page. So I tried different images of Brazil, like the Brazilian flag, and I also tried a yellow Camaro (at the time, there was a popular pop song in Brazil called “Camaro Amarelo,” which translates to “Yellow Camaro”). 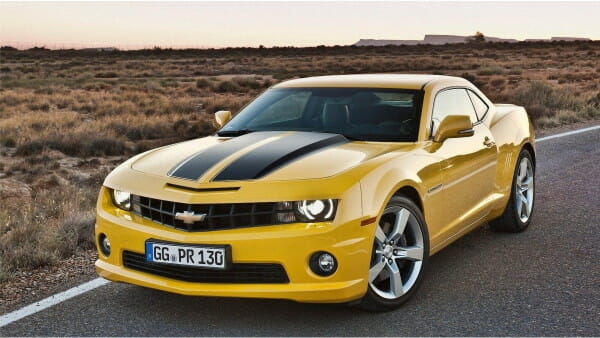 And I noticed that the CPC kept going down. In fact, the costs per like were the cheapest when I was using the Brazilian flag or the yellow Camaro.

If the idea of doing all this updating and analysis sounds a bit daunting, there’s always programmatic advertising, which automatically shuts off ads or segments that aren’t performing well.

AdEspresso lets you create a ton of different variations of your Facebook Ads at once. They’ll basically make changes to your headlines, images or anything you want to test, and then you can just set certain thresholds for your bare minimum CPA. Then if your CPA goes too high, it’ll shut down automatically. In every case, it will auto-optimize for you and show you what’s winning over time.

If you’re going to make ads at scale – let’s say you want to make 5-6 ads at a time so that you can test rapidly – don’t do just one and then go to your designer and have them do another one, and so on. Designers hate banner ads and they’re going to kick your ass if you keep asking them to do these ads. Trust me, I’ve done this before and I’ve gotten the hate from designers. Instead, you should go to Design Pickle, which is $399 per month for unlimited designs from professional designers: 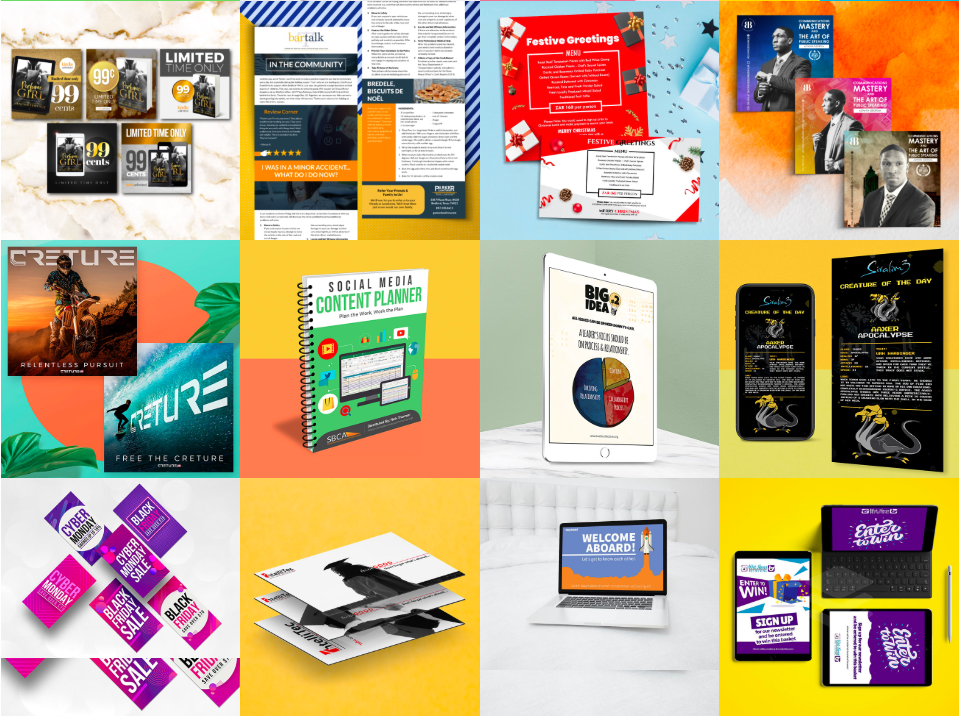 Another option is to just subscribe to a stock image supplier and use high-quality stock pictures that almost look like they aren’t stock. Whatever you do, don’t just lift images from the Internet because you could find yourself in a lot of trouble with copyrights if you do that.

Learn More: How to Use Multicultural Marketing in Your Digital Advertising

When you’re running your ads, another thing that you should test is optimizing for cost. A lot of people look at campaigns or clicks to a website and try to get clicks or likes for the cheapest dollar amount. But what you’ll find is that not every single visitor or every single like is equal.

For example, when we were running the Brazil campaign, we ended up with over 100,000 likes, just from marketers in Brazil trying to learn more about marketing.

But when we really looked under the hood at clicks and engagement, the 10 cents per like campaign was getting 7x the comments and shares than the one that was 3 cents per like. That’s a huge difference.

It’s not about getting the cheapest fans in the highest quantity; it’s about quality. Why would you want fans who don’t engage? You want the best fans. In fact, if you have fewer fans but more of them are sharing your content, Facebook will start showing that content to their friends and other people. That’s virality.

When you’re driving traffic to a website, don’t just look for the cheapest clicks, either. Target the right people: your ideal buyers. Cut out anyone who may not be your ideal buyer. Sure, you may end up spending more per click, but your campaign will convert way better and you’ll recoup that money.

For example, I ran a webinar and we drove Facebook traffic to it. We started off doing re-marketing and getting clicks at around 20 cents per click, which wasn’t too bad. And it was converting.

But you know what? As the campaign progressed, that cost climbed to $1 per click and I instinctively made a sour face. I was like, “Whoa, whoa, whoa. How are we going to make the numbers work?” But those people were way more qualified. Sure, it cost us more money, more than 5x, but the conversion rate was so much higher that it was actually more profitable than those 20-cent clicks. 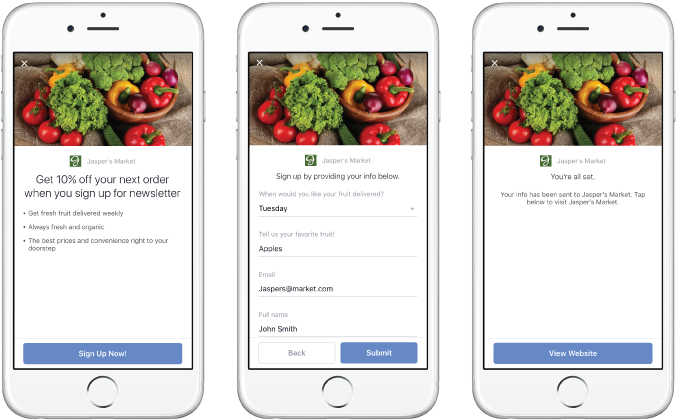 In the above example for Lead Ads, you can see how it works. Someone clicks on a CTA button on an ad to sign up, join, subscribe, etc. and they are taken to a form where they enter their contact information. Then, you have access to that information and can follow up on that lead.

Hootsuite has a good round-up of Facebook advertisers who ran lead ads and saw not only higher conversions, but lower costs compared to a standard ad that drives users to a landing page. Will they work for everyone? No. But it’s worth trying to see if they work for you.

Asking questions is a particularly effective tactic when creating lead ads, but only if you do it right. In a study done by AdEspresso on Lead Ads, they found that when you’re asking one question, your conversion rate is much higher than if you’re asking 7-8 questions. If you have just one question, your conversion rate can be as high as 30-40%. If you add too many questions, it’s going to drop super low and you’re going to be paying a lot of money. Makes sense, right?

When you retarget an audience with Facebook Ads, you’re delivering those ads to a “warm” audience. In other words, to people who have already engaged with your brand in some way. As the saying goes, a user needs seven touchpoints with your brand before they are ready to convert. 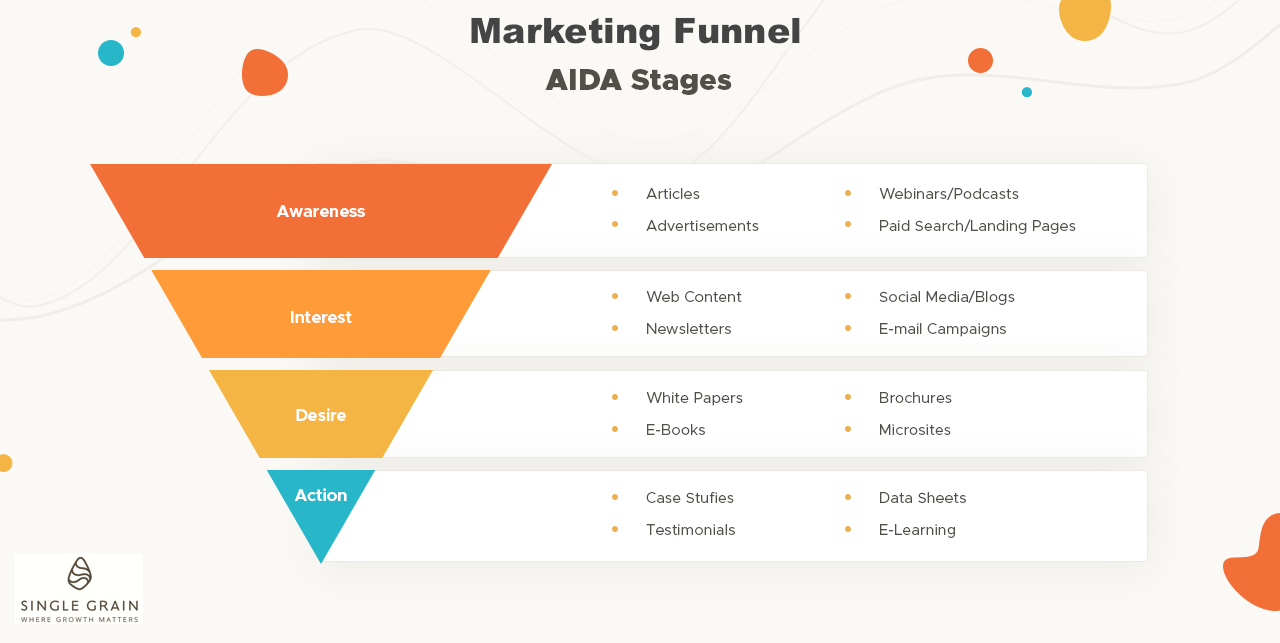 And because those people are more likely to click than someone who is seeing your ad for the first time, you’ll bring the CPC down.